A mother or an artist?

In the time I was a student at the Academy of Arts I was often told that it’s quite challenging for a woman to become professional artists. I struggled with understanding that. In the age of 30, I became a mother for the first time. It was about that time I completely abandoned my practice as an artist. I became a full-time mom instead. At that stage of my life, I was already convinced that it was impossible to be a mother and an artist at the same time. My personal experience in motherhood taught me that I was wrong. It convinced me those who thought the same way was wrong too. It’s all about the way you think of creativity and what you consider creative and artistic.

It took about 7 years to realize what was stopping me from doing art. It was motherhood being art itself. I just didn’t have the resource, the energy and the passion, to fully involve in both.

Your thoughts and beliefs matter

The most important quality for an artist is his/her mindset. And the most significant thing for a good mom is her mindset. The problem is it’s really difficult to split your mind in two and be a dedicated artist and a dedicated mum at the same time. At least it’s not easy for everyone. About 7 years after giving birth for the first time I finally started drawing again. A year later I became pregnant with my third child. Yet it didn’t prevent me from doing art again. I think it was because I’ve had started quitting my mum’s way of thinking and was shifting back to my artist’s way of thinking.

Of course, it wasn’t easy to do so. Being an artist is not so different from being an athlete. If you don’t practice for a long time, you lose your confidence. You’re not in good shape anymore. The same thing happens to your hand if you don’t use it to draw often enough.

Your mind is your most powerful artistic skill

And it’s even more true for your brain – because the main part of your artistic skills is your mind; your artistic way of thinking.

It takes nurturing to make an artist.

So let’s put it this way – either you think as an artist or you think as a mum. But is it really so clear and easy to distinguish? Is it so simple and flat?
To be a mom is actually one of the most creative things that have happened in my life. Sometimes in a way, it’s even more creative than being an artist. When you’re an artist it’s all about you – your time, your art, your own experience, and your thoughts. When you’re a mum, it’s all about the others, your children. It’s about their time, their experience and their thoughts. It’s hard to hear your own thoughts and pay attention. So you need a lot of flexibility, intelligence, eagerness and, to say it in one word, creativity, to be something else than a mother and to do something else than mothering.

Above all, it is about priorities and what you put in the first place at this particular moment. For many women who are more family oriented, it could be challenging to immerse themselves in something that distracts them from their family. Others are more involved in their careers, and it is totally acceptable for them to come back to their professional life soon after their child was born. None of these is good or bad – as long as you find your own balance and accept your own specific way of mothering.

For me personally, it was a total collapse of my creative self. Actually, it was a collapse of any other self of mine except for that of a mother. I suppose I lost my identity to some extent. And I don’t mean it as something wrong or something to feel sorry about. It’s just what it was and who I am as a human being. I dive completely in whatever I do. I surrender to my emotions and let myself be run by them as long as they last. Motherhood energy possessed me for almost ten years and three children now. And it still does, but now I have this breakthrough, and for the first time in a decade, I feel the urge to think creatively outside of motherhood, to make things, to develop new skills, to be an artist again.

We all know that being creative is often related to being playful. And for anyone who struggled artistic blocks at some point in his life, it is clear that being playful is not easy. I believe this is all even truer when it comes to motherhood. To be a parent means taking responsibility. To be able to play is just the opposite, you need to gain the ability to let go of control and surrender to easiness; to act instead of think.

Here’s what I find common between these three – it is humility and to serve. To be humble for your talents and put your best effort not to waste it, but take the most out of it. And to serve an idea or a belief; to serve something that resides higher than your everyday life. Sometimes it could be as simple as the act of Jesus washing his disciple’s feet. This is not an easy thing to do in the 21 Century. You need to transcend your ego at least for a while. But this is what makes a good artist, a good midwife, and a good mother – exceptional.

Maybe sometimes you think there will come a day when all this will be over. Your children will be grown-ups, and once again you will have the time in the world for yourself and for your art. But it would hardly disappear because parenthood is not about something you do, it’s rather something in the way you think. It doesn’t really matter how old your children are. Of course, you are not that much involved when they are in their 40s as you were when they were 4, at least not physically. But if there’s a problem that requires a solution, you’ll probably surprisingly find yourself occupied with it.

It’s actually a matter of control. I think control is what prevents us from doing art. This state of mind is just the opposite of what we need to get creative. Creativity needs freedom. We need to release control to make good art. And I’m not saying it’s not possible – it is. But it requires something that we are profoundly lacking in the 21st century. It requires Faith. It also takes humbleness. One of the reasons I love watercolour is the lack of control with this medium. You need to let the water do its thing and just accept it even if it’s not what you meant at first place. You just learn to trust it. You learn to use it. 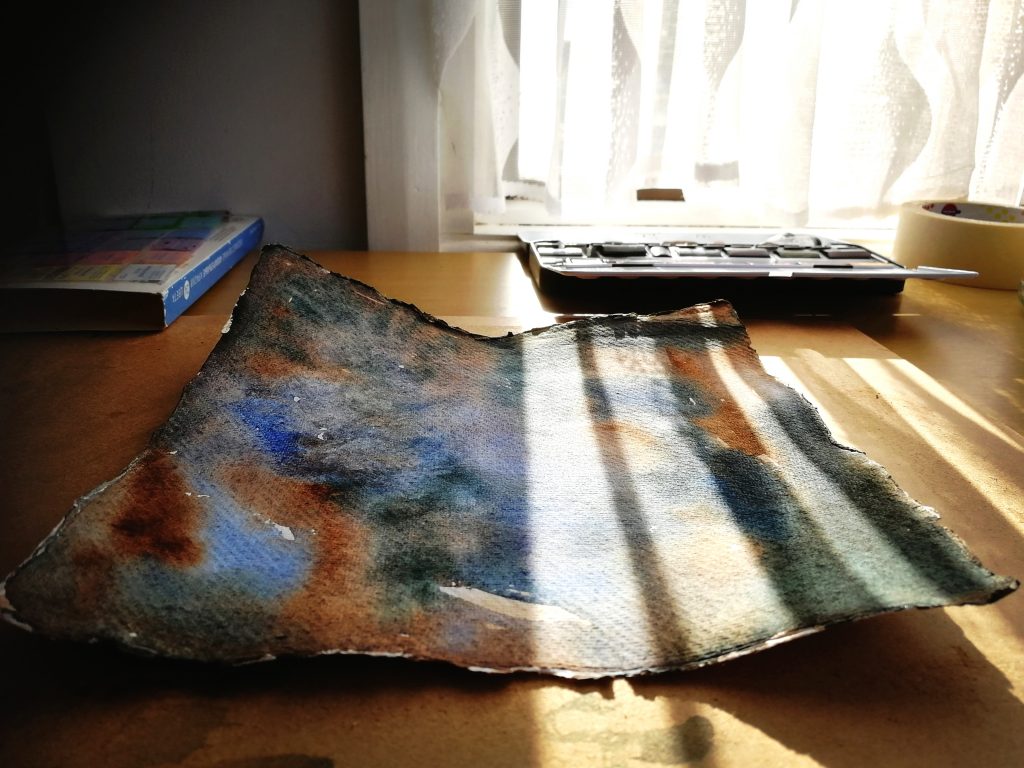 You could do the same thing with parenting – learn to trust the process. You can learn to think of parenthood as a process, not a product. You can start thinking of it as of a spiral, not a line. You can agree there is a beginning, but there is no end in motherhood. You can still lead a fulfilling life because there were always mothers, and there will always be, and this is the way we all came out in the world. History knows mothers who did great things regardless of the number of children they had. It sometimes might feel almost impossible during the first years of your motherhood; especially today when we no longer have the village to raise a child. But it all passes by, it all vanishes in time.

Raising a child, raising a mother

I believe something is about to dramatically change in the 21 Century. We have observed for hundreds of years how society underestimated women, how they had to fight for their basic human rights, how they had to shape their lives around a patriarchal world and values. We have seen Feminism that was proclaiming equal rights, but wasn’t it once in a while devastating Femininity that it should serve and vindicate at first place? We have experienced the loss of virtues and signifiers and female energy. We have suffered detached from the Divine Feminine.

Now things are gradually changing at least in some parts of the world. Women are about to gain back their power and this is not the masculine power of righteousness and winning; it is the power to allow weakness and the power of authenticity. Motherhood is a path through weakness and recognition, challenging borders, destroying identities, losing control and sense of a self. Motherhood is the greatest method to challenge your ego and to surrender to what is in the now to survive.

While raising our children, we are also raising ourselves as mothers. At times, becoming a mother could be a shortcut to the feminine energy, to the creative energy, to the Divine. And yes – a shortcut to art, because these are all principles of art too. Now that we have all the information available and it is so easy to connect globally, we can once again be powerful as women and mothers, and artists. And instead of questioning the qualities of one before the other, we can gratefully glory from the privilege of reconciliation of all three in a single person. 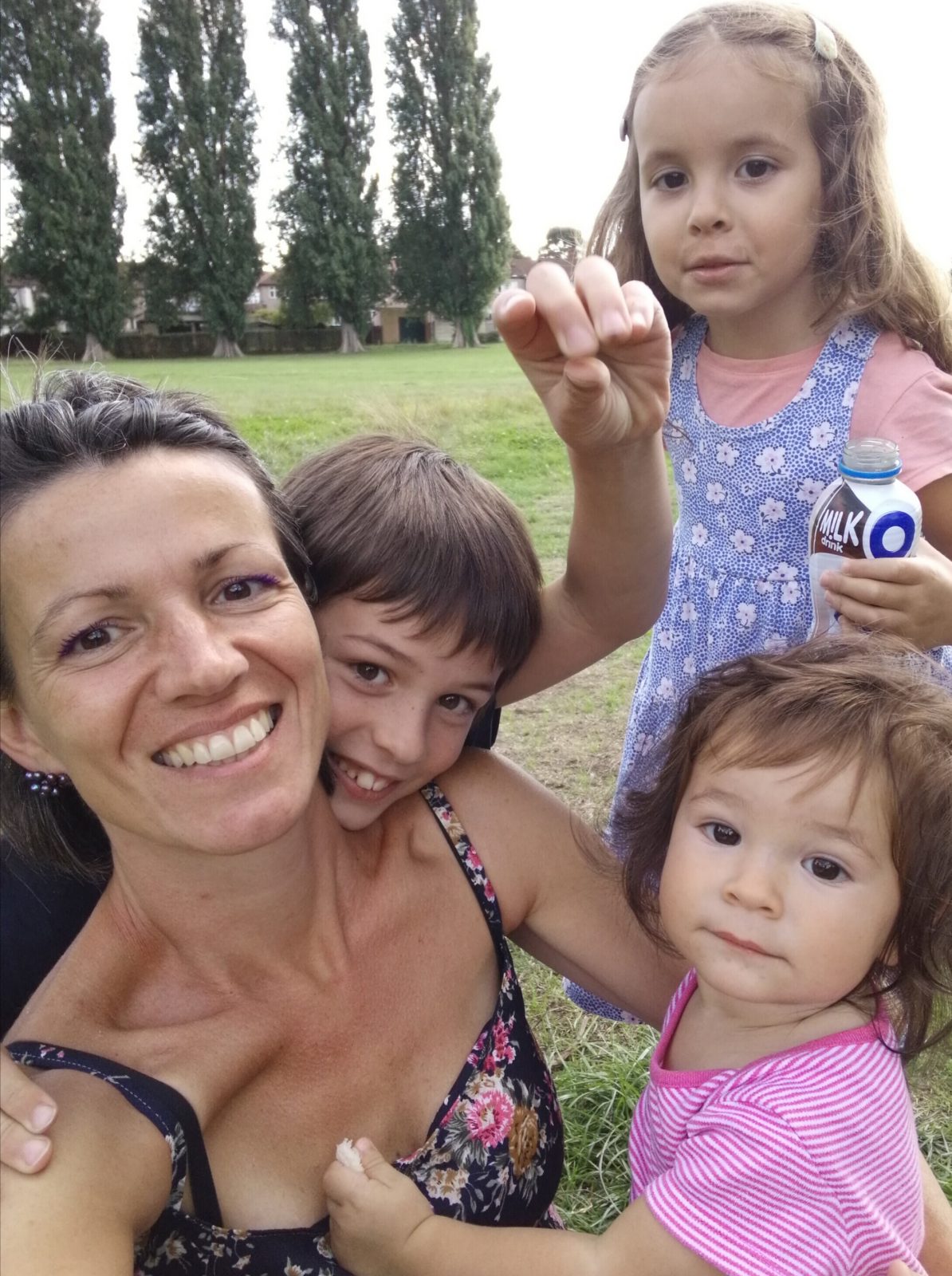 Buy from my ETSY Shop